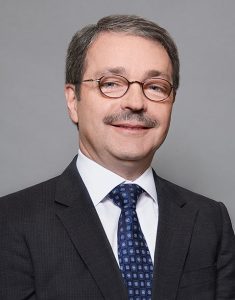 Raymond St-Pierre is a graduate in Hotel Management from the Institut de tourisme et d’hôtellerie du Québec in Montreal. In 1991 Raymond successfully opened the Montreal Downtown Holiday Inn where he won multiple Awards of Excellence. He was appointed general manager of the Montreal Chateau Champlain in 1995 and helped guide this renowned property through its rebranding to Marriott. Raymond was named Hotelier of the Year by the Quebec Hotel Association and was elected President of the Montreal Hotel Association in 1998, the same year he was appointed Vice-President, Operations for Atlific Hotels. In 2010 Raymond once again proved his passion for opening new hotels, when he took on the additional role of general manager at Le Westin Montreal.